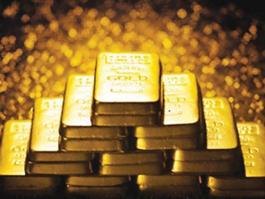 On month on month and year on year basis, the gold import was increased by 37.06 percent in June 2015 as against June 2014 whereas it decreased by 28.74 percent in the period under review as against May 2015.

Meanwhile the gold rates across the world witnessed over five year low during last week as it touched a record low of $1,072 per ounce which was the lowest since February, 2010.

Talking to APP, vice president All Punjab Test and Refine Laboratories Association, Rana Fareedud Din Ahmad hoped that due to the sharp decrease in gold prices, the demand for golden jewellery would increase in the country due to which the gold import would also be increased.

He said, on Sunday the 24 karat gold was traded at Rs 44,350 per tola and hoped that the price would further decline in the coming weeks.

He said due to the declining trend of gold price in Pakistan, the purchase of the yellow metal had increased, however he said the buying of the gold was not as per expectation because the buyers were still waiting for the further decrease of the price.