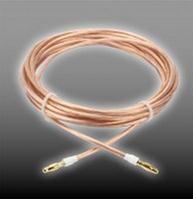 Since the dawn of the computer age there have been rules that are widely believed, because they sound convincing – such as that the hard drive must be regularly defragmented, or that the more processing cores a computer has, the faster it responds. Some of these rules contain a grain of truth, while others might have been correct in the past, but are no longer right. A summary follows:

— Switching off a computer without first shutting down can harm it: Yes and No. There is no damage to the hardware, but the operating system or a program could be damaged if a writing process is interrupted by a “hard shutdown” of this kind, according to Christoph de Leuw of the German magazine Computerbild.

— A 15-second wait is essential before restarting a PC: “There is no reason for this,” says Michael Schmelzle of the magazine PC Welt. The only exception is when the BIOS chip is being reset to factory settings. The old settings can persist for up 15 seconds without power. Otherwise there is no need to wait with modern computers.

— The more cores and gigahertz a processor has, the faster it is: That is correct in principle, Thomas Rau of German magazine PC Welt, but the key question is whether the software concerned can make use of more than one core.

With today’s computers, where several programmes tend to be running at the same time, more than one CPU core is basically always an advantage. But a great deal depends on the structure of a processor core and its clock rate.

— Energy is saved by using energy-efficient processors: No. They are designed to generate less heat at lower computing power, but their main role is in laptops.

Processors of this kind are an indication that a device’s battery will last longer, although they are no guarantee of this, Georg Schnurer of c’t magazine says.

Even if the processor is energy efficient, poor design in the computer could lead to other components running down the battery quickly.

— To stop a PC slowing down, the hard drive needs to be defragmented from time to time: That used to be so, but Microsoft operating systems from Windows 7 onwards have seen to this automatically in the background.

With solid-state drives (SSDs), this procedure should be avoided, as these drives purge themselves automatically in a different way, Schmelzle says.

— USB storage devices may break if withdrawn from a computer without shutting them down: “A typical myth that I would answer with Yes and No,” Schnurer says. “The devices cannot as a rule break down.”