A branch of science which deals with the study of soil is called edaphology              according to edaphology I will give you a little information about soil erosion by water.

Rill erosion Is a process ln which small channels are formed by water splash of rain drops  .

Advanced form of rill is called gully it is large in size from small channels of rills trenches are formed.

Landslips occur in sloppy soil lands where moistured soil is present and there large slopes of soil slips down.

The dirt on soil 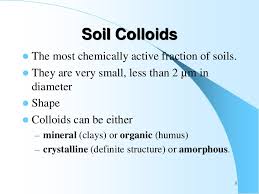