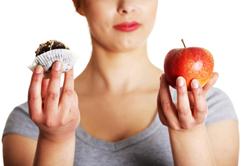 A pair of papers published in Cell by A.J. Marian Walhout, PhD, co-director of the Program in Systems Biology and professor of molecular medicine at UMMS, describe how metabolism and physiology are connected to diet. UsingC. elegans, a transparent roundworm often used as a model organism in genetic studies, Dr. Walhout and colleagues observed how different diets produce differences in gene expression in the worm that can then be linked to crucial physiological changes.

“In short, we found that when C. elegans are fed diets of different types of bacteria, they respond by dramatically changing their gene expression program, leading to important changes in physiology,” said Walhout. “Worms fed a natural diet of Comamonas bacteria have fewer offspring, live shorter and develop faster compared to worms fed the standard laboratory diet ofE. coli bacteria.”

Walhout and colleagues identified at least 87 changes in C. elegans gene expression between the two diets. Surprisingly, these changes were independent of the TOR and insulin signaling pathways, gene expression programs typically active in nutritional control. Instead, the changes occur, at least in part, in a regulator that controls molting, a gene program that determines development and growth in the worm. This connection provided one of the critical links between diet, gene expression and physiology detailed in “Diet-induced Development Acceleration Independent of TOR and Insulin in C. elegans.” “Importantly, these same regulators that are influenced by diet in the worms control circadian rhythm in humans,” said Lesley MacNeil, PhD, a postdoctoral student in the Walhout Lab and first author on the paper. “We already know that circadian rhythms are affected by diet. This points to the real possibility that we can now use C. elegans to study the complex connections between diet, gene expression and physiology and their relation to human disease.”

Strikingly, Walhout and colleagues observed that even when fed a small amount of theComamonas bacteria in a diet otherwise composed of E. coli bacteria, C. elegansexhibited dramatic changes in gene expression and physiology. These results provide the tantalizing possibility that different diets are not “healthy” or “unhealthy” but that specific quantities of certain foods may be optimal under different conditions and for promoting different physiological outcomes.

“It’s just as true that a small amount of a ‘healthy’ food in an otherwise unhealthy diet could elicit a beneficial change in gene expression that could have profound physiological effects,” said Walhout.

Additional research by the Walhout Lab further explored the possibility of using C. elegans as a model system to answer complex questions about disease and dietary treatment in humans. Detailed in the “Integration of Metabolic and Gene Regulatory Networks Modulates the C. elegans Dietary Response,” Walhout and colleagues found that disrupting gene expression involved with C. elegans metabolism lead to metabolic imbalances that interfered with the animal’s dietary response; a result that may have a direct correlation to the treatment of a class of human genetic diseases.

“To better understand the molecular mechanisms by which diet effects gene expression in the worm, we performed complimentary genetic screens looking for genes that gave an abnormal response to diet,” said Emma Watson, a doctoral student in the Walhout Lab and co-first author on the second Cell study together with Dr. MacNeil. “What we discovered was a large network of metabolic and regulator genes that can integrate internal cellular nutritional needs and imbalances with external availability,” said Watson. “This information is then communicated to information processing genes in the worm to illicit the appropriate response in the animal.”

These findings suggest the existence of a genetic regulatory network that facilitates rapid responses to internal physiological and external environmental cues in order to maintain a metabolic balance in the worm. Interestingly, a similar phenomenon is involved in mutations that lead to inborn metabolic diseases in humans; classes of genetic diseases resulting from defects in genes that code for enzymes which help convert nutrients into usable materials in the cell. These diseases are usually treated by dietary interventions designed to avoid build-up of toxins and to supplement patients with metabolites that may be depleted.

According to Dr. Walhout, it may be possible to use this genetic regulatory network inC. elegans to compare how certain dietary regimens can be used to mitigate these metabolic diseases. It may also be used to screen for drugs or other small molecules that can produce the same results as dietary treatments.

Though Walhout and colleagues started out asking a fundamental dietary question in the worm, what they got was an answer directly related to disease and treatment in humans, thus establishing C. elegans as a model system for elucidating the mechanisms for dietary responses, inborn metabolic diseases and the connections between them.

“It’s very hard to answer questions about the complex interaction between diet, gene expression and physiology in humans for many reasons,” said Walhout. “Now, we can use a very tractable system — namely C. elegans — to ask precise questions about which components in diet can effect gene expression and physiological traits and ultimately disease, in humans.”