Sugar   has become the essential part of our life, it has become a custom for us to use a sweet dish at the end of every meal. but as we know excess of any thing is not good in the same way the excessive use of sugar also causes various health problems like diabetes

Due to modern life style, the incidence of obesity and diabetes are increasing   dramatically. In India,   for example, the diabetes in the age group of 25-45 is now about 15 percent and is increasing at an alarming pace

Pakistan is one of those countries where the biggest health challenges like diabetes and obesity are increasing at alarming rate. Reason for this increasing figure is an excessive use of sucrose (Sugar) obtained from the extract of Saccharum  officinarum  and  Beta vulgaris. And people

are also avoiding the artificial sugar. Under such circumstances, there is a need to find an alternative sugar crop having less dreadful effects on the health of the human

Stevia, botanically known as Stevia rebaudiana    is a sweet herb   that has grown significantly in popularity among those in search of a healthier lifestyle.

A perennial, stevia is a member of daisy family.  The leaves are intensily   sweet due to the presence of glycoside, two compounds called sativoside  and   rebaudioside which can

be   more than 200 times sweeter than sugar.  The plant breeder bears white flowers in the fall.

Although stevia has been in use in South America   and Asia for years, and has been gaining acceptance in Eastern

countries such as Japan and Korea it was only in past couple of years that has really started   to capture attention of the U.S market as a healthy noncaloric alternative to

sugar .it is safe for diabetes, as it does not adversely   effects the blood sugar level and does not have the side effects associated with artificial sweeteners   such as aspartame.

stevia leaves are 20-30 time sweeter than sugar. Stevia leaves can be dried,  stored ,and can be used in the raw ,stevia is a short – duration crop that is harvested three to four times  a year in a tropical areas and once in temperate areas

All cocked and baked food items and desserts can be sweetened with much smaller quantities of stevia leaf powder or extract than comparable  amount of  table sugar. The sweetness of sativoside  is non-fermenting and it does not display browning when cooked ,Several health drinks and supplementary beverages, especially ,for diabetic patient, now contain stevia ,which is rich in nutrients ,containing, substantial amount of protein ,calcium and phosphorus, and is thought to contributed pancreatic health. Unlike other sugar substitutes, stevia is derived  from a plant and does not contain calories harmful for human health If zero calories is your  only  option ,make sure  Reb A   is on the ingredient list .

sourced substance called stevia, which has no calories, no carbohydrates, and does not raise blood sugar levels. It comes from a plant that has been used as a sweetener for centuries in Paraguay and Brazil, and has been sold in Japan for about 40 years, yet the West has been slow to wake up to its virtues.

One drawback is that despite being between 250 and 300 times sweeter than sugar, some people find it has a slightly bitter, liquorice-like aftertaste. But companies are getting round this by blending it Tropicana recently launched a juice made including stevia, halving the number of calories per serving. And Coca-Cola is poised to launch its stevia-sweetened alternative to Coke across the world.

People are increasingly avoiding artificial sweeteners such as aspartma

Some consumers may dislike their taste, but they don’t pack anything like the calorific punch of sugar, which has 400 kilocalories in every 100 grams. The use of intense sweeteners in food and drink product launches has grown from 3.5 per cent in 2009 to 5.5 per cent in 2012, the same report found. The global market for all sweeteners as additives in food manufacture was worth more than $2bn in 2012.

Other natural alternatives include the fuzzy, green, melon-like monk fruit, once cultivated by Buddhist monks in China. It is already used in the US, where analysts believe it could help to revive the flagging diet soda sector

Stevia may sound like it’s made in a laboratory, but it is in fact a plant that anyone can grow at home. Yet strict EU rules mean that it can’t be grown for domestic human consumption in the UK – even though gardeners in the US can do so – and can only be cultivated as an ornamental herb. But there are other options for people who want to grow their own “sugar”. Sweet Cicely (Myrrhis odorata), can be used as a sugar substitute – the seeds and dried leaves can be added to fruit pies and crumbles, while the flowers, and even the roots, are also good for salads or cooking. Gardener Sarah Raven says the plant adds a “gentle aniseed flavour” to dishes.

. Stevia rebaudiana, a zero or less caloric crop sweetener, is widely being used as an alternative crop in many regions of the globeThe future of this plant promising but more research is needed to confirm the economics in the cultivation and use of Stevia rebaudiana in various regions of Pakistan. 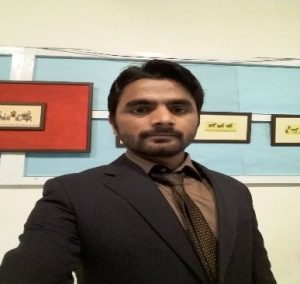