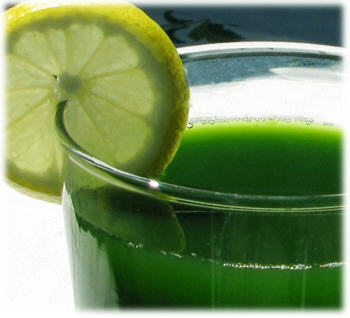 (NaturalNews) Wheat grass is composed of the young shoots of wheat before stalks form a head with grain. It contains no wheat gluten, and is considered by many natural health professionals to possess healing properties. Wheat grass is, by composition, a superfood. This is due to wheat grass’s heavy concentration of chlorophyll, vitamins, minerals, and enzymes. Wheat grass is usually consumed either as wheat grass powder or juice. It can be taken orally, or as an effective enema implant for detoxification. Clinical studies have confirmed that wheat grass juice and wheat grass extract do have healing properties. Wheat grass juice has been used clinically to treat ulcerative colitis, aid breast cancer patients undergoing chemotherapy, and act as a potent antioxidant.

While natural health advocates have been lauding the healing properties of wheat grass for over sixty years, it is only fairly recently that a randomized, double-blind, placebo-controlled clinical study has been done to scientifically “prove” the effectiveness of wheat grass juice. The April 2002 issue ofScandinavian Journal of Gastroenterologyreports that patients who were clinically diagnosed with active distal ulcerative colitis were given either 100cc wheat grass juice or a placebo for a month. Participants kept a diary, while clinicians examined the patients for any changes. Of the patients who fully completed the study, all of them showed a significant reduction in disease activity. Researchers surmised that this was due to the antioxidant properties contained in wheat grass juice.