The mosquito that attracts more attraction is the Aedes aegypti belongs to family Culcidae consisting of about 2,500 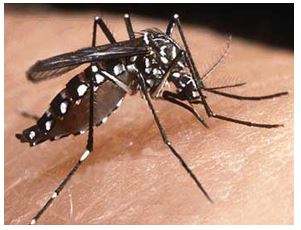 species, along with other genera of mosquitoes such as Anopheles, Culex (Womack 1993, E.B. 1999). This mosquito is very important vectors of yellow fever and human dengue distributed throughout the subtropic and tropic regions of the America (Womack, M 1993). This mosquito and other important mosquito species are the very important pest and nuisance insect in modern societies because of their attraction towards the carbon dioxide, moisture and Lactic acid, movement and heat (E.B. 1999) but we cannot confuse the Aedes aegypti with any other mosquito for it has a very distinct look to it as well as a specific habitat. It has many related species and its geographic distribution is extremely wide and varied.

Both sexes of Aedes aegypti, generally having similar in coloration (Womack 1993). The adult female Aedes aegypti 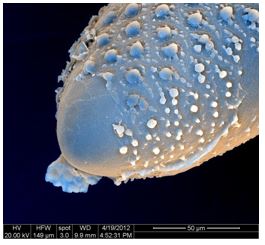 is identifies by its small black darks spots on legs. With regards to white palp tips its proboscis or snout is mostly black (Russel 1996). The dorsal pattern of white scales on the scutum is in the shape of a ‘lyre’ with two central based stripes that contrast with the dark scales present on the insect (Womack 1993, Russel 1996). Its femur and hind legs are pale scaled for about three quarters and wings are dark scaled and dark scaled for about two thirds (Russel 1996). First to four segments of the hind tarsi are characterized by white rings and the fifth segment is all white.

Adults are mostly present in abundance in towns and populated areas like cities and near human dwelling places, living in dim closets, cabinets, living trees, and herbaceous plants tires (Womack 1993, Juliano 1998). Aedes aegypti feeds mainly during day time it’s feeding time is two hours after the sunrise and several hours before sunset (Womack 1993, Geographical Magazine 1998), while the female Aedes aegypti may also feeds during night time under artificial light. The above feeding habits of the Aedes aegypti contributes to the species’ life span which is dependent on nutrition, temperature and humidity (Womack 1993) as well as its ability to avoid predators such as reptiles or even sometimes other types of mosquitoes (E.B. 1999). The female mosquitoes live upto a month while the male life is short may survive upto few days or maximum couple of weeks which allows her to reproduce longer (Womack 1993).

They lay their eggs in artificial containers on damp surfaces such as jars, urns, cans or anything that can contain rain 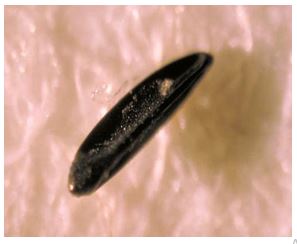 water (Womack 1993, Juliano 1998). The eggs hatch when they become flooded by deoxygenated water, except during winter(Womack 1993, Juliano 1998) and after which can only survive in temperatures above ten degrees or below 44 degrees Celsius (Womack 1993). The larvae feed on aquatic microbiota which develops inside the artificial containers in which the eggs are laid (Womack 1993). In the pupal stage they are free swimming and active and breathe by means of tubes on the thorax (E.B.  1999). The limitations of availability of habitat has greatly affected the geographic distribution of the species.

The A. aegytpi is a species best known for infecting people with such 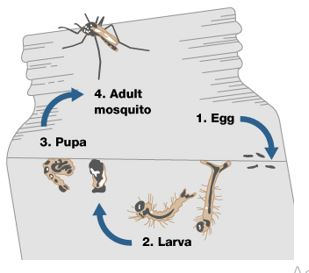 diseases as yellow fever and human dengue. Its life cycle is very simple compared to many other organisms. The female feeds on a blood diet to mature her eggs (E.B. 1999), and she lays them in a damp artificial container. The time for development of these eggs to mosquitoes is anywhere from four to ten days depending on the water temperature and the food supply (Womack 1993). Soon after the organism passes through the pupal stage they mate and start the cycle over again.