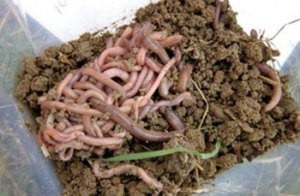 There are many different types of animals that live in the soil. Soil is a living, dynamic resource. It helps grow food, fiber, and fuel. However, none of these processes can truly be carried out without the help of animals. For example, gophers, turtles, burrowing animals, and insects all live in the soil. Soil condition is very important to animals for many reasons.

These larger animals depend on soil for protection. The soil protects them from weather and predators. One special animal that is commonly found in the soil is earthworms. Earthworms are “nature’s plow”, active in turning, mixing, and aerating the soil.

The burrows of earthworms act like large pores that allow water from rain and melting snow to infiltrate into the soil, instead of running off and causing erosion. Ants are also amazing creatures that live in soils. They make some awesome tunnels…with areas called chambers that act as living rooms and kitchens. Workers in ant colonies are constantly building their nests to accommodate their growing numbers. While they do this, they make pores in the soil that help plants get air and water for growing.

Soil animals perform several functions in soil that make them a vital part of all ecosystems, including agriculture. Soil animals are involved in:
• degrading organic matter and making nutrients available,
• controlling populations of pathogens,
• improving and maintaining soil structure; and,
• mixing organic matter through the soil.