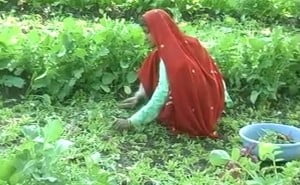 The use of sewage in the cultivation of vegetables is causing a number of diseases, including hepatitis and cancer.

“Sewage is not only hazardous in itself, but the use of acids in homes and chemicals in factories only make the water more dangerous. Waste water should not be used for vegetable production because these chemicals are absorbed by the vegetables along with the water, and this affects health,” Dr Altaf said.

Vegetables absorb chemicals along with water, and this affects health

He said that the use of sewage in vegetable production can cause various diseases, such as hepatitis or cancer.

Dr Altaf said that for the last two years, sewage from Chak Shahzad has been treated at the National Agricultural Research Centre (NARC) after which it is used for fruit and vegetable production.

“We recently began a project at the Rose and Jasmine Garden to treat sewage coming in through nullahs. The water will be used for vegetation,” Dr Altaf said.

Separately, a consultation workshop on WHO guidelines for the safe use of waste water in agriculture was held at the National Institute of Health.

The workshop was organised by the NIH Environmental Health Protection Unit and WHO.

“Waste water is used in agriculture directly or in some cases, after treatment. Direct waste water use poses a greater risk to agricultural sustainability and public health, as compared to indirect

put this valuable water resource to use while at the same time avoiding risks to human health, crop productivity and the environment,” she said.

NIH Environmental Health focal person Dr Jamal Abdul Nasir said that a range of waste water treatments exist, some of which can remove harmful pathogens and other pollutants to make waste water safe for agricultural and domestic use.

They discussed the hazards of sewage use and emphasized that only treated water should be used for fruit and vegetable production.

Over 65 per cent of Pakistan’s population resides in rural areas and depends directly or indirectly on agriculture for its livelihood. More than 60 species of vegetables are cultivated in the country and are a rich and comparatively cheaper source of vitamins.

A nationwide assessment showed that the direct use of untreated waste water for agriculture, particularly vegetable production, is common in most cities and suburbs.

One of the main reasons for this is the absence of an alternative source.