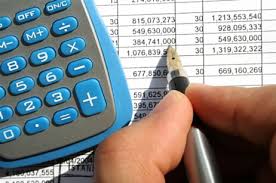 The anticipation about national budget creates a lot of hype, particularly among the news channels, which have swollen in numbers and work in a highly competitive environment. However, by the time the actual budget is announced most of the information becomes already available in the public domain….

The anticipation about national budget creates a lot of hype, particularly among the news channels, which have swollen in numbers and work in a highly competitive environment. However, by the time the actual budget is announced most of the information becomes already available in the public domain through trickles and dribs. The budget announcement, itself, comes as an anti-climax as it does not contain much that is not already known. Commentators and observers make superficial points about the realism of the budget targets and numbers. What is really important is to understand the dynamics and the context — particularly, the political economy of budget making.

The main considerations affecting the budget are: external and domestic conditions, the expectations of the public at large and most importantly, the interests of the major ruling party.

The external conditions, facing the 2011/12 budget, remains mixed. The international commodity price-hike will boost our export earnings but also hurt by escalating the unit value of imports of oil and oil products. In normal circumstances, the demand for Pakistani labour in the Middle East would rise because of higher oil revenues but the political uncertainty is forcing countries such as Saudi Arabia to tighten hiring practices vis-à-vis foreign labour. The situation is still fluid but has to be kept under watch. The other factor is the resumption of arrangements with the International Monetary Fund (IMF), which can provide a positive signal to the international donor community and external resource flows may start coming in. In case the deadlock continues, the probability of getting the budgeted amount of external resources would diminish.

On the internal front, the security imperatives are so strong that allocations for the army, civil armed forces and the police have to be raised beyond their current level if the need arises. The second critical factor is whether the provincial governments would utilise their rising share in the divisible pool judiciously on public investment, provision of basic services to the citizens and still generate a surplus of one percent of Gross Domestic Product (GDP). At present there is very little incentive for the two well-endowed provinces – Punjab and Sindh – to tap the large potential of provincial and local taxes. In reality, these two provinces can raise as much as two percent of GDP by revaluing and reassessing the Urban Immovable Property and by enforcing the Agriculture Income Tax in letter and spirit.

The public expectations at large are not homogeneous or uniform. Those already in the tax net would like to minimise the burden upon them as much as possible through tax avoidance measures. Those outside the net would like to maintain this status by resorting to all kinds of tax evasion. The fixed income groups, particularly, the salary and wage earners would like relief at least to compensate the inflation. The poor and marginalised would expect some kind of income support and lower prices for essential goods and services.

What about the ruling party’s interests?

In the penultimate year before elections, it would like to avoid taking tough unpopular decisions. The ruling party is quite pleased that its traditional constituency – the rural areas – have benefited enormously from higher commodity prices. No wonder, there is no urgency for tough policy decisions.

The ruling party fears that tough decisions will make it unpopular and, by default, help the opposition parties. But it must be realised that the voter, in today’s electronic age, has become much more discerning. He is being constantly made aware that the current spate of rural prosperity is temporary in nature and has nothing to do with the government policies. It is simply good luck that prices of his produce have gone up, but the same prices can also plunge. The urban poor and the middle classes have suffered the most due to inflationary pressures, unemployment and lowering of living standards during the last three years. They are also more vocal in the criticism of the government as they are not beholden in any way to the ruling party. On the other hand, the urban-based political parties, to appease their supporters, oppose the introduction of the Reformed General Sales Tax (RGST), which targets mainly the trading class. The ruling coalition does not wish that tax on agriculture, already on the books, should be enforced in any meaningful way. Both the major political groups can, therefore, rightfully claim that they have defended the interests of their respective constituents. In this bipartisan political game, the collective interests of the country are ignored. How can any country afford to balance its books when it receives only 9 paisa out of each rupee earned by its citizens as personal income, while it has to provide for defence, internal security, law and order, debt servicing, energy, transport, education, health, water supply? This is simply an impossible task whosoever is in power today or tomorrow.

The answer to this dilemma lies in a simultaneous introduction of both RGST and enforcement of Agriculture Income Tax to widen the tax base. It is, therefore, suggested that all the major political parties should develop a national consensus to tackle this deep-rooted structural problem as it will be a win-win for the country as well as for the political parties themselves. If there is an agreement to tax every Pakistani earning more than Rs.350,000 annually from any source – salaries, wages, profits, rent, or capital gains from any sector, including agriculture, industry, services, foreign remittances – and an understanding that there would be no interference in the work of the revenue collection agencies, Pakistan’s fiscal position will dramatically improve.

This will benefit not only the present government, but the future governments will gain more out of it. Secondly, major political parties should also agree on the privatisation, restructuring, mergers, winding-up, transfer to the provinces or liquidation of public sector enterprises, corporations, companies and other entities and allow the process to get on without any day-to-day intervention in operations. This will plug-in a large hole in our fiscal space and provide greater degree of freedom to the current and future governments. They will no longer remain constrained by lack of adequate resources. Third, the country’s development priorities for the medium-term and their phasing, timing and sequencing should be agreed and the division of responsibilities assigned between the federal, provincial and local governments. The confrontational attitude should be replaced by a more cooperative and complementary behaviour that will make all tiers of government look good.

It is high time that the political parties rise above their partisan interests and work hard and earnestly to make democratic governance a live, doable and durable proposition for Pakistan by reaching a national consensus on a minimum acceptable agenda of economic reforms. The budget making under this agenda will then become an easy task for any democratically elected government – the present or the future. n