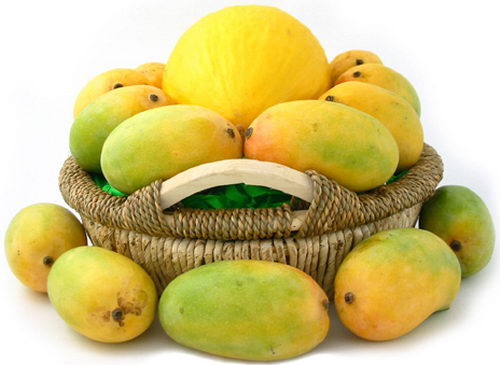 Mango (Mangifera indica L.) is an important member of the family Anacardiaceae and order Sapindales. The genus Mangifera is not limited to indica species; it consists of 58 more species and is wildly scattered in south, southeast and east Asia. All species are not edible but 26 species have fruits which are fit to be eaten fresh or used to prepare jams, jellies or preserves. Among these, the famous edible species is indica which is widely grown as tropical to subtropical fruit of the world. Its fame can be easily revealed by the fact that it is known as the king of fruits in world. It is said that mango has originated in the Indo-Burma region. It has been cultivated in Pakistan since very long, although no genuine historical records are available. But Shalamar Garden of Lahore is an ancient treasure of historical mango groves which was established in the era of Muslim ruler Shah Jahan during 1641-42 A.D. Now mango as a promising tropical export crop is produced in about 90 countries in the world with a production of over 25.1 million tones. Asia is the leading producer with 76.9% of the total globe production, America ranks 2nd with 13.38%, Africa’s position is third with 9% and after all of these Europe and Oceania produce less than 1% of the total world production. Pakistan’s mango has share of 7.6% in the world market.

It has been observed that in the decade 1991-2001, cultivated area under mango has grown up by 42.5% in the world, because of the curiosity escalating in fresh mango as well as processed consumption. Pakistan ranks 5th in the mango producing countries of the world and it produces 1.7 million tons of mangos on a vast land of 151.5 thousand ha, in which Punjab province is  supplying up to 65% of the total mango. This frequency of production is mainly retrieved from Rahim Yar Khan, Khanewal, Multan and Muzzaffargarh districts. As Pakistan have various thermo-geographic patterns, which give rise to multiple production periods. This trend provides early production of mango from Sindh province. Mango from Punjab enters the market when produce from Sindh is almost in last phases, causing brutal surplus resulting in the decline of market price. Mango gets mature rapidly due to its climacteric nature. So being a short seasoned and highly perishable fruit, it does not hold up even in cold storage. This phenomenon enforces its instant marketing before any physico-chemical disorders. The advantage of Sindh flush being early has motivated the farmers of Punjab to cultivate the late maturing varieties so as to achieve maximum economic gain for their struggle Punjab, being the chief mango producer has also brought the genetic variability as compared to other provinces.

Pakistan faced more than 20% decline in mango export in 2008 than 2007 because the rate per kilogram of Pakistani mangoes was very low in the international market. This plunge in export potential can be attributed to a many of the causes like quality, supply chain, lack of infrastructure, low yields, shipment space, local transport, processing and packing, weak marketing, hardnosed competition and consistency. Furthermore, buyer awareness is also a considerable feature that influences the market of fresh fruits like mango. For better quality, there is an immense need to recommend a comparatively better variety for local market, indigenous processing and export purposes.Due to inappropriate and pitiable post harvest management, growers, dealers and consumers in Pakistan face 20-30% losses of the product that is equal to 320.7 thousand tons with a worth of 3 billion rupees. One ton of which can earn 315 dollars as compared to intercontinental value of $861 per ton.

On the other hand, intensified international trade in recent years has moved mangoes to higher ranks of popularity. Continuous availability in market has altered the status of mango from that of a specialty fruit with unique flavour to a standard item in produce departments. This has been made possible by implementation of postharvest handling practices that enable the movement of larger volumes of fruit. In some reports, mango flavour has been explored on the basis of quality parameters, but much is still unclear and still to be discovered. However, organic acids and sugars are known to be the key components of unique mango flavour. Tropical and sub-tropical fruits relatively possess more uniqueness in their bioactive and nutritional profiles making their demand more in the global markets. Moreover, mango can play an important role in balancing human diet by providing about 64-86 calories of energy per 100 g of pulp and, when consumed regularly, can be a potential dietary source of many phyto-chemical compounds because mango pulp is enriched in tremendous nutritional antioxidants such as carotenoids, ascorbic acid and phenolic compounds.

There is a rich intra specific multiplicity found in mango having approximately 1600 cultivars in the world, among them almost 350 cultivars are commercially grown and the rest are restricted to mixed orchards or enjoyed in home gardens. This germplasm is a source of variation and native gene pool is found more prospective to become as upcoming commercial varieties. In this situation, it is utmost important to take care of these wonderful genetic resources to make progress in the way of boosting the yield of available varieties. So there is a need to identify and characterize them. Various methods are in practice for the identification and characterization of mango which are based over outstanding morphological qualities of fruit. In most cases, generally, these traits are studied on the basis of some morphological parameters to define the potential use of any genotype.

The International Plant Genetic Resources Institute (IPGRI) of Rome, Italy, has developed a list of descriptors for mango that explicated the methods for the determination of morphological traits of plant, leaves, flowers, fruits and seeds. This procedure ensures the provision a universal format for the description and characterization of mango genetic resources. But demarcation of cultivars through morphological characters is ineffective and mistaken sometimes because numerous mango cultivars have many synonyms in different regions which make identification difficult. So, different biochemical and genetic markers are being used for identification of varieties which suggest a practicable unconventional way to cope with the problems associated with the methods of identification based on morphology of plant.