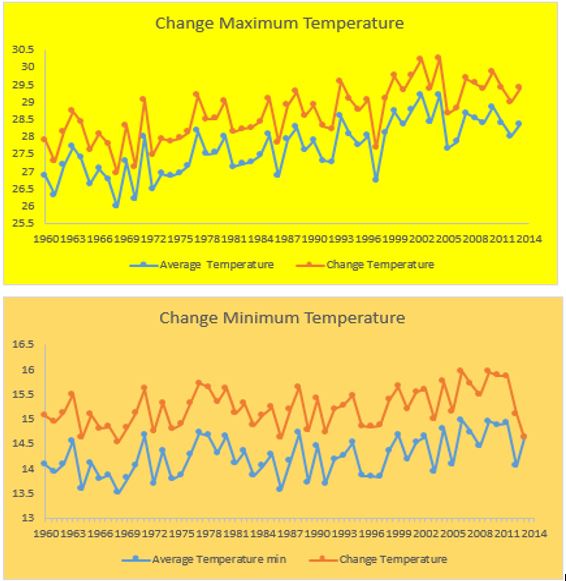 The Indus river, originating on the Tibetan Plateau and flowing for nearly 2,000 miles through the disputed territory of Jammu and Kashmir and finally down to the province of Sindh and out into the Arabian Sea, is key to life in Pakistan.

The majority of Pakistan’s 190 million people are involved in agriculture: the Indus, fed by glaciers high up in the Hindu Kush-Karakoram Himalaya mountain range, provides water for 90% of the country’s crops.

Meanwhile hydro-power facilities based on the Indus generate around 50% of Pakistan’s total electricity.

Climate change is now threatening this vital waterway – and the future of millions in Pakistan. In recent weeks it has launched, in collaboration with the United Nations Development Programme (UNDP), its first ever national policy on climate change.

“Pakistan is among the most vulnerable countries facing climate risks”, says Marc-Andre Franche, the UNDP’s Pakistan director. ”Mechanisms need to be devised for greener, more resilient options for growth and sustainable development… the climate change clock is ticking too fast and the time to act is here and now.”
Pakistan’s scientists say that in order for the new policy to be effective a number of steps need to be urgently taken to mitigate the impacts of climate change. These include developing high temperature-tolerant crop strains, comprehensive flood warning systems and more reservoirs on the upper Indus. But there are serious doubts about funding for such schemes.

Ghulam Rasul, chief meteorologist at the Pakistan Meteorological Department, says weather patterns are becoming increasingly erratic. In the 1999 to 2002 period Pakistan was hit by severe droughts as the flow in the Indus and its tributaries fell dramatically.

But from 2010 to 2012 a series of unusually intense monsoons caused the Indus to burst its banks, resulting in widespread floods: thousands were killed and millions displaced.

According to data gathered from 56 meteorological stations throughout Pakistan, there has been a marked increase in heat waves and rising temperatures in the vast Indus Delta in recent years.

In an article in the Pakistan Journal of Meteorology, Rasul and others say there is a greater incidence of tropical cyclones and of saline intrusion in coastal regions. Already wheat and banana harvests in the Indus Delta are being affected..

Rising temperatures are also causing health problems among the area’s population. In many cases farmers in the region – among the poorest people in the world – are abandoning their lands and migrating to already overcrowded cities.

If this trend continues it could have devastating consequences for the wider economy. Sindh and the Indus Delta have become one of the world’s premier cotton-producing areas, feeding Pakistan’s economically vital textile industry. Falling cotton production in the region would not only hurt Pakistan: it would also trigger a substantial rise in world cotton prices.

Meanwhile in the mountainous far north most glaciers are in retreat, though some in the Karakoram range are stable or even – for as yet unknown reasons – expanding. Experts say that while melting glaciers might offset temperature rises and act as a form of insurance against drought in the short term, the long term prognosis is not good.

David Grey, former senior water advisor at the World Bank and now visiting Professor of Water Policy at Oxford University, says that although there is insufficient data to come to an accurate long term assessment of what will happen to the Indus, there are deep anxieties.

“We all have very nasty fears that the flows of the Indus could be severely, severely affected by glacier melt as a consequence of climate change. Now what does that mean to a population that lives in a desert – without the river, there would be no life? I don’t know the answer to that question”, he says. “But we need to be concerned about that. Deeply, deeply concerned.”