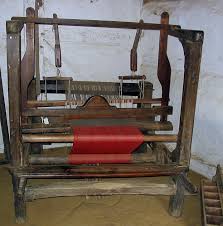 Since the first industrial revolution, technology has been a basic motor for economic growth. The management of technology as a resource for economic development and wealth generation is a recent phenomenon. The lessons from the utilization of technology over the past two decades are clear. Those who manage technology creatively and innovatively will reap the benefits of sustained economic growth.
They can also play an important leadership role in dealing with new issues regarding competition and cooperation. One of the most significant findings in the last 50 years is that a large share of economic growth — more than one-third — is driven by technological advance. This originated with a seminal 1957 paper by Robert Solow titled “Technical Change and the Aggregate Production Function” that was published in Review of Economics and Statistics. Solow demonstrated that capital and labour accounted for less than two-thirds of growth.
The remainder was technology. Recent estimates indicate that, since the late 1940s, about two-fifths of growth can be attributed to technology. The standard, broad measure of technological advance is total factor productivity (TFP), which is the residual calculated by subtracting the contributions of labour and physical capital from GDP. In the short run, TFP is volatile, but the fluctuations average out over long periods of time.
At lower frequencies or over longer periods, the trend in TFP measures the rate of technological advance. Using the Bureau of Labour Statistics’ estimates, technical advance has contributed to 38 per cent of growth since 1948.
But there were obvious problems with the Solow model. TFP, by construction, is a residual rather than a direct measure of technology. In principle, it can encompass everything from new products or better products to process improvements, reallocation of resources, and increases in efficiency. So, since the 1950s, there has been a great deal of empirical work — much of it by economic statisticians — linking TFP to observed measures of technology. These studies have ascertained that TFP is highly correlated with patents and indexes of scientific knowledge.
The strongest empirical evidence, however, was for research and development (R&D), although even the highest estimates indicate R&D can account for only a fractional ratio of technological advance. More specifically, R&D contributed as much as 75 per cent of technical advance from roughly 1948–60, and much of this was propelled by government-funded defense research.
By the 1960s, however, process improvements in the private sector had largely displaced R&D as the major source of technical advance. During the second wave of high productivity, began in the 1990s, R&D contributed only about one-fourth of technological advance and private sector R&D was increasingly more important than government-funded research. In the early 1990s, many economists were pessimistic about the ability to raise growth, but by the middle of the decade, productivity was achieving gains not seen since the 1960s. Clearly, technological advance was speeding up. The causes had to do with computers and software.
The reason computers and software had such a powerful influence was that their effect was not limited to a single industry. Information technology (IT) could generate substantial spillover effects into other sectors. Examples include local area networks, computer-aided design (CAD-CAM), electronic banking, Internet retailing, statistical quality control, computerized inventory control, and faster communication of ideas. Industrial firms could use computers to reduce cycle times, achieve fewer defects, control inventory, and do specialized production runs tailoring manufacturing to demand. Computers made industrial processes more efficient, they made research itself more efficient, since R&D could now be performed with advanced software, leading to faster development and better products.
In sum, the role of technology in growth is large — about two-fifths — and will continue to increase in coming years. While R&D has historically comprised a significant share of technical advance, an increasing share is now coming from computers and software. Therefore, a two-pronged approach is needed.
In essence, the current period of slow growth can be overcome. If the country commits itself to investing in technology, the coming decade could be much like the 1990s.
Source