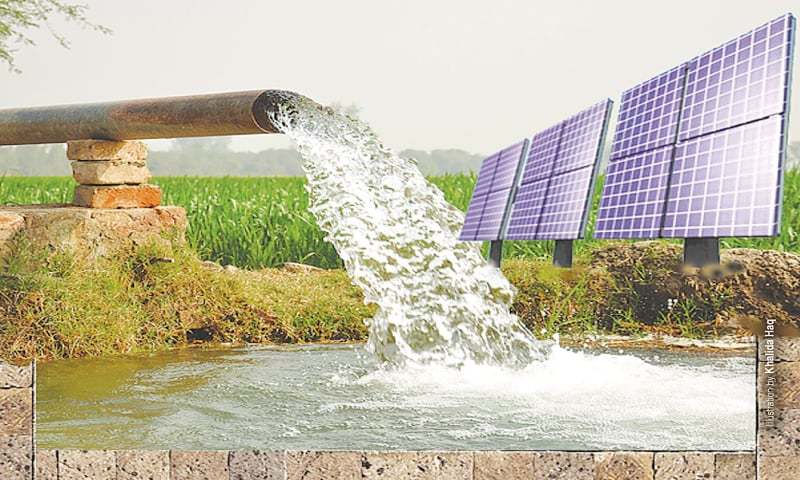 DESPITE the launching and then re-launching of subsidised tractors schemes and the promotion of solar-powered tube wells as part of occasional agricultural development projects, farm mechanisation in Pakistan is still at an early stage.

Millions of small farmers prepare their land, sow seeds, and groom and harvest their crops manually or with the help of rudimentary, non-electrical machines. This is a major reason for the yield gaps and low farm productivity.

Till 2010, farms spread over less than 8.3m hectares, or about one-third of the overall cultivated area in the country, were using tractors, tube-wells/pumps, threshers, shellers, combine harvesters, reapers, drills and spraying machines.

This and other discouraging data on farm mechanisation, contained in the latest available 2010 agricultural census, must have improved in the last five years, officials say. They add that a fresh dataset for 2015 is being compiled and will be out next year.

Even farms where agricultural machinery was being used as of 2010 consumed an equivalent of 0.9 horsepower (hp) per hectare, according to a recent policy paper of the Pakistan Institute of Development Economics, against the FAO’s 2011 recommended average of 1.4hp.

The reasons for the low level of farm mechanisation are numerous and diverse. But one key reason is the low investment in agriculture in general and in agricultural machinery in particular.

Except for schemes for subsidised tractors and solar tube-well — which added 37,000 new tractors and a few thousand tube-wells in the country’s stock of agricultural machinery in the last three fiscal years — no initiative has been taken to promote well-integrated farm mechanisation.

In the last five years, interest-rate concessions had been offered to farmers to purchase other farm machinery as part of various agricultural development schemes. And the recent Rs343bn agricultural reforms package announced by Prime Minister Nawaz Sharif also envisages such subsidies. But not much has been done beyond this.

“It is safe to assume that farm mechanisation has somewhat improved compared to 2010,” says an official of the food security ministry. He added that a true picture would emerge only after the finalisation of the 2010-2015 data.

Meanwhile, the use of purchased and owned agricultural machinery is far lesser than that of rented machinery.

As of 2010, tractors owned by farmers were being used on just 10pc of the total farming area, whereas farmers were using rented tractors in 90pc of the cases. In the case of combine harvesters, the ownership rate was just 5pc.

“This phenomenon is primarily because of a great shift we’ve seen in the land ownership structure since the 1960s,” says a former secretary of the Sindh agriculture department.

In the 1960s, farms measuring five acres or less constituted 19pc of the then-total area under cultivation. The percentage shot up to 64pc in 2010.

These small farms — whether genuinely owned by small farmers or actually owned by landlords but titled officially in the name of their haris — use rented machinery because such farmer-owners cannot afford to buy the machinery; the landlord-owners rent out their own machinery to the haris, the growers reveal.

“Besides, farm mechanisation also suffers from changing political dynamics,” points out a Sindh-based politician-cum-agriculturist. He admits that “for the big landlords, the number of working hands at farms also determine their political status and constitute their vote bank”.

That is why they don’t mind slower farm mechanisation, which will create rural joblessness and encourage the migration of labourers towards urban areas.

In the last five years, banks have made much higher loans to the agricultural sector. But only a fraction of these loans, about 5pc, have been offered for the purchase of farm machinery, official statistics reveal. Senior bankers say one reason for very low lending in this area is that the borrowers themselves apply for loan mostly to meet their short-term financial requirements.

In the last two years, the Punjab government has arranged bank loans for local farmers to purchase sprinkler irrigation systems on areas exceeding 6,000 acres. But this has been done under a foreign-funded project.

In Sindh, the use of sprinkler irrigation systems is slowly catching up — not because of official support but due to individual initiatives taken by big landlords, NGOs and clusters of small farmer groups.

One area that remains grossly ignored is the development of an agricultural machinery market, industry sources say.

While over 100 companies are engaged in the agricultural machinery business, just one-third of them are actively involved in manufacturing; the rest are focused either on importing costly foreign equipment and machinery or serve as distributors of local manufacturers.

Domestically produced fruit slicers and driers have an enormous demand, and lately a KP-based exporter has installed these machines at his kinnow orchards. He says with the help of the slicer-cum-drier, he is able to obtain dried slices of kinnow and export them to the Gulf.