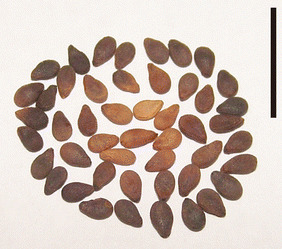 Sesame is grown in the tropical to temperate zones. Worldwide, the sesame- growing area has been static-6.5 million hectares since 1979-and is mostly rainfed. India, Sudan, Burma, and China cultivate 75% of the world sesame area and contribute 68% of world production. India alone cultivates more than one-third of the sesame area.

Sesame produces high-quality edible oil which is used for cooking and salad. Unlike other edible oils, sesame oil does not turn rancid. This desir- able characteristic is due to the sesamolin in the oil, which on hydrolysis produces a strong antioxidant called sesamol. Sesame oil is colourless and odourless. ‘The oil is used in improving the quality of vegetable oils.

It is also used in medicine and the preparation of high-quality soaps, Sesame contains 22% protein, while sesame cake has 42% protein and is an excellent feed for milch cattle and laying hens (Khan and Sheikh 1985).