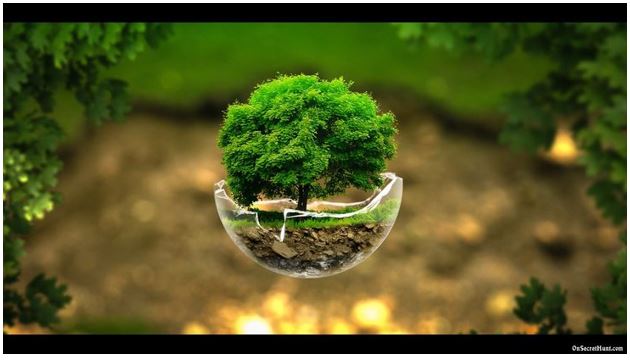 Plant protection is the science and practice of managing invertebrate pests and vertebrate pests, plant diseases, weeds and other pest organisms that damage agricultural crops and forestry.

Plants and crops should be protected by different means

Crops should be protected from these …….

Protection of plants or crops from diseases which is caused by the bacteria, fungi, virus and nematode.

Bio fungicides are commercial products that are composed of beneficial organisms such as fungi, bacteria, or actinomycetes that suppress plant diseases.

Predators are generally non-specific natural enemies which eat many preys.  Mites, springtails, protozoans, free-living nematodes and earthworms in soil feed on disease organisms and may contribute to their biological suppression.

A bacteriophage is a virus that can infect a bacterial cell and cause the host cell to break down.

The Australian Institute for Bioengineering and Nanotechnology at the University of old is researching Bio Clays to manage field and postharvest diseases.

Biosecurity is more than just preventing incursions of exotic pests, diseases and weeds.

Biosecurity is the protection of the economy, environment and human health from the negative impacts associated with entry, establishment or spread of exotic pests (including weeds) and diseases (Beale et al 2008).

The best solution to any plant problem is to use resistant or tolerant varieties of plants if available it is a preventative method of control (Aust. Hort. Feb 2011).

Crop rotation very beneficial to overcome the plant diseases because there is no host plant should available for to complete the life cycle.

Note that the effectiveness of a Fungicide increases when the inoculum potential decreases. Sometimes management practices like recirculate water can increase the frequency of Phytophthora and Pythium.

A good quality of fungicide and the chemical should be used in a proper time and quantity on the proper time.

Plant protection with respect to insect

Different type of cultural methods should be used to protect the plants from insects.

Plant protection with respect to weed

Classical biological control is the most common way to bio control weeds and is achieved by the release of insects, mites, rusts and other organisms into a region to permanently suppress targeted weeds.  The aim is to establish a natural balance between the weed and its control agent – similar to the balance found in the native range of the weed.

Bio herbicides are fungi, bacteria and other microorganisms that cause plant diseases that often result in death or reduced weed vigor.

Allelopathy refers to the beneficial or harmful effects of one plant on another plant, both crop and weed species, by the release of chemicals from plant parts, by leaching, root exudation, volatilization, residue decomposition and other processes. It occurs in both natural and agricultural systems and provides a means for developing new herbicides (Ferguson and Rathinasabapathi 2009)

Scientists aim to trick weeds into shutting down their reproductive system by fooling them into thinking they are having sex with themselves. The project hopes to mimic in the laboratory the chemistry that most plants use to spot and reject their own pollen to avoid inbreeding.  When sprayed on weeds it would act as a contraceptive, confusing them into thinking they are being self-fertilized (Macey 2005)

Use the proper weedicide to protect the plant from weeds.

When the temperature goes to low than before to the lowing the temperature in the environment, the plant start to enhance the conc. in the cell which protect it from ice crystals.

In the drought condition anti transparent a chemical should be used.

There are several ways of controlling frost, including: Passive designs, e g planting dates. Growing in frost-free locations is not always possible in areas where heavy frost occurs.

Either select frost tolerant species for growing during the colder months and locate frost-sensitive plants in frost-free sites, or have in place steps to minimize frost risk.

Frost-prone areas are generally sown last to help avoid the high-risk period.  Wind machines raise and maintain temperatures by drawing warm air down from above the inversion layer that exists at times of radiant frost conditions in vineyards.

Clean cultivated soil, rolled and irrigated will retain heat during periods of frost. This source of heat could be utilized as part of a vineyard frost control program.

Wind breaks should be properly maintained during frost threats, e g thinned to allow cold air to pass through. Improperly maintained windbreaks can add to frost and freeze risk. Spraying with water, overhead or flood irrigation etc.  Many plants are frost tender, particularly when young.  During mild frosts (-1 -2oC) an irrigation system (if set up properly) can reduce their severity and often eliminate any damage within an orchard. The principle behind using a standard irrigation system is that the temperature of water, by nature is more than 0oC; therefore by turning on the irrigation, the temperature around your trees will be kept above freezing point (McCarthy 2001).

2009). Allelopathy: How Plants Suppress other Plants.

CPSM. 2005. Management of Phytophthora cinnamomi for Biodiversity Conservation in Australia. Parts 1-4. funded by the Commonwealth Government

Department of the Environment and Heritage by the Centre for Phytophthora Science and Management, Murdoch University, WA.GRDC. 2011. The Harrington Weed Seed Destructor is a Tool in IPM. May-June.

3Department of Soil and Environmental Sciences, University of Agriculture Faisalabad