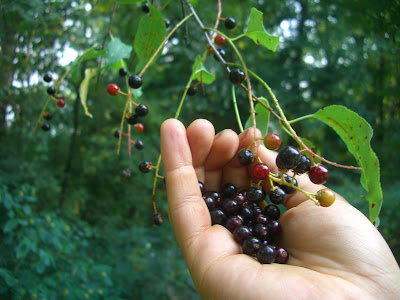 Common Name: Black Cherry, Wild Cherry, Mountain Cherry, Rum CherryScientific Name: Prunus serotinaFamily: Rosaceae (Rose Family)Description:The Black Cherry Tree is a tree native to eastern and southern North America and is most widely known as a timber tree with its hard, strong, close-grained wood.  However, it is commonly used for for the flavor of its small (less than 1 cm), dark purple-black berries produced on long, fragrant racemes (a shoot with dozens of flowers) that will then develop dozens of fruit.  The trees have characteristic bark, smooth and horizontally striped when young and fissured and scaly when over ten years of age. When I lived in Kentucky, we lived on the edge of a farm field.  The edge was full of Black Walnut and Black Cherry Trees.  One summer I went out and collected a few pounds of black cherries and made black cherry jam.  I had never made preserves of any sort, and in fact this was one of my first activities in the realm of “homesteading”.  The jam turned out great, and I have been a huge fan of Black Cherry Trees ever since. 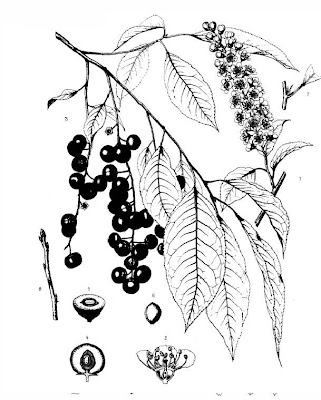 Illustration of the Black Cherry by Charles Sprague Sargent

History:Almost ignored by cultivators of fruit trees, the Black Cherry Tree has minimal written history.  It was used by Native Americans as a food source (a key ingredient in pemmican, a mixture of dried fruit, fat, and meat, and eaten on trips and in winter) and as a medicinal plant used to treat a number of respiratory and gastrointestinal issues.  The short storage and absence of super sweet flesh of the fresh fruit, combined with the poisonous seeds and leaves, have likely been to blame for this tree being largely overlooked by plant developers.Trivia: 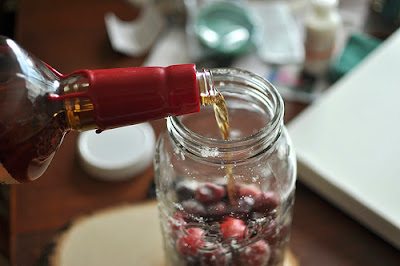 Making some modern-day Cherry Bounce – they are cheating and using store bought cherries!

Yield: Good crops occur every 1-5 years.  No definitive quantities are defined.Harvesting: Late summer/early autumn (June-October)Storage: Fresh berries do not last long.  Ideally use within a day or two after harvesting 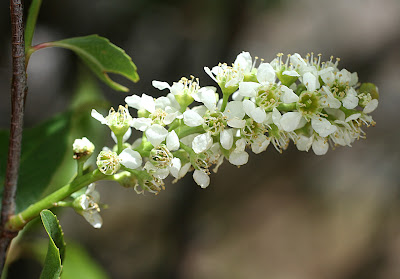 The beautiful and fragrant racemes covered with dozens of flowers. 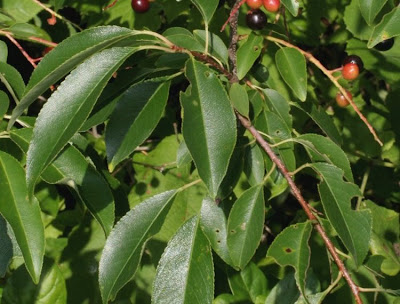 The leaves of the black cherry tree are glossy and lightly toothed.

DESIGNING WITH THIS PLANTUSDA Hardiness Zone: 4-9Chill Requirement: Required, but the number of hours is not documented (or easily found!)Plant Type: Medium to Large TreeLeaf Type: DeciduousForest Garden Use: Canopy TreeCultivars/Varieties: Minimally improved; few cultivars availablePollination: Self-Pollinating/Self-FertileFlowering: Late spring/early summer (May-July depending on where it is plantedLife Span:Years to Begin Bearing: 10 years,Years to Maximum Bearing: 30+ years, but decent crops can be had on 10 year old treesYears of Useful Life: 100+ years, but some individuals can live to over twice that age 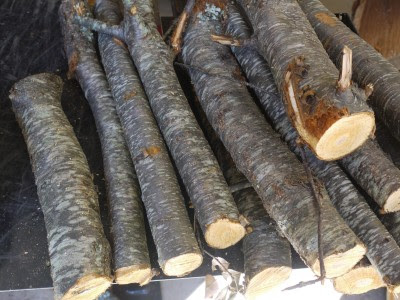 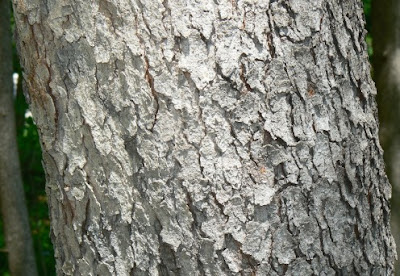 PHYSICAL CHARACTERISTICS OF THIS PLANTSize: 50-100 feet (15-30 meters) tall and half as wideRoots: Shallow and spreadingGrowth Rate: Fast 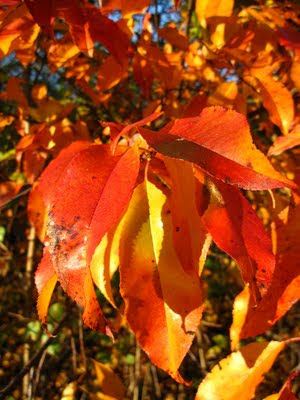 Beautiful orange and yellow of Black Cherry leaves in autumn.

GROWING CONDITIONS FOR THIS PLANTLight: Prefers full sunShade: Tolerates very light shade if at allMoisture: MediumpH: acidic to neutral soil (4.0 – 7.5)Special Considerations for Growing: Although minimal scientific studies, Black Cherry likely tolerates juglone (natural growth inhibitor produced by Black Walnut and its relatives) as it is often seen growing in close proximity.  Consider using this tree as a buffer between your walnuts and other plantings.Propagation:  By seed.  Requires cold stratification for 3-4 months.  Can be propagated by cuttings.Maintenance:Minimal.Concerns: 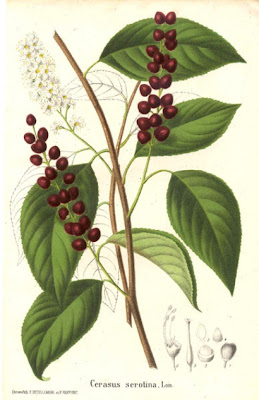