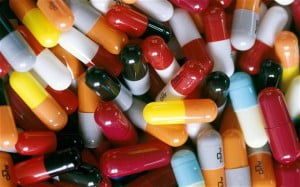 THE general lack of awareness of medical matters, even amongst the educated, can lead to problems that become increasingly entrenched over time. Consider, for example, the fact that across the country, at all tiers of income, there’s a strong predilection among individuals for self-medication — antibiotics and other drugs are often bought over the counter without a doctor’s prescription. Indeed, medical facilities and practitioners often note that many patients are brought in for treatment to a dependable facility when their complaint becomes needlessly complicated as they have consumed drugs without consultation. Often, the medicine is prescribed by an underqualified practitioner. How serious the scale of the problem is can be gauged by a report produced by the Pakistan Medical Association two years ago that claimed there were more than 600,000 quacks operating across the country. Add to this the ease with which drugs that should only be taken when prescribed are available in the market and the issue takes on even more serious proportions. It also illustrates how populations can fall headlong into the vortex of habitual misuse, a ready example being how common it is for people to decide to take antibiotics for usual complaints such as colds and chills — even though antibiotics have no effect on viruses.

Efforts to legislate and regulate the sale, usage and prescription of antibiotics have been long overdue; the issue has hardly ever registered with the federal or provincial governments at any level. There is no doubt that the failing is going to receive heightened attention in the coming months and years as the WHO warned on Monday that resistance to antibiotics has reached dangerous levels globally and if left unchecked, “will mean the end of modern medicine as we know it”. In layman’s terms, the overuse of antibiotics (whether prescribed or taken without consulting a doctor) is creating rapidly increasing strains of ‘super bugs’ that are resistant to the medicines, meaning that humanity is hurtling towards a “post-antibiotic era in which common infections will once again kill”. Among the reasons identified by the WHO in its 12-country survey were widespread misunderstandings about the problem and causes, including the abandonment of treatment halfway, the ease with which antibiotics are available without prescription in many countries, and their indiscriminate use.

Notwithstanding all the other health problems Pakistan is bogged down in, this is one it will have to address — with some urgency. At the moment, even statistics about antibiotic overuse are patchy, and where they are available, they are worrying. In its September issue, for example, the Pakistan Paediatric Journal warned that antibiotic prescription frequency in cases pertaining to children between one year and 15 years may be as high as 84pc. WHO has launched its ‘Antibiotics: Handle with Care’ campaign. It is high time Pakistan began to plan along similar lines.