Sunflower the Future of Oilseeds (By Usama Yousaf)

Sunflower is a very important plant of modern era because of its broad use in the food and medicine. It belongs to family Asteraceae and its scientific name is Helianthus anus “Helios” means “sun” and “Anthos” means “flower”. sunflower has an herbaceous plant average of 2m height and it is sap green in color.it is among the most economical plants at present. American people used this as the symbol of solar deity. During18th century Russians used this as an essential oil in the lent in orthodox church because it was the only oil allowed to use in their fasting traditions. This was considered a holy plant, Among Zuni people its dried root is chewed before sucking venom from the snake bite and applying the poultice to the wound.

Sunflower moves along the sun for example in morning its head is towards east and in noon exactly upside towards the sun and in evening towards the west this process of sun tracking is called as the heliotropism. Sunflower is the national flower of Ukraine and it is the state flower of Kansas state.

Sunflower has a very nutritious and health friendly oil that has unsaturated 86% (66%oleic acid,20%oleic acid,0.1%linolenic acid) and total saturated fat is 12%(5%stearic acid,7% Palmitic acid). It is very good for heart and also has vitamin-E in it. It prevents from Bad cholesterol and LDL.

9 reasons to use coconut oil

Sunflower head contains a large number of small flowers in it about 1000 to 2000 flowers are attached at the base and a sunflower may produce about 2000 seed. Sunflower is very important oilseed crop because of its high oil content 50-60% and good oil quality. In Pakistan, the average yield of sunflower is from 1164kgs/hectare in 2001-2002 to 1239kgs/hectare in 2012-2013. This will yield high oil content. At present Pakistan is the largest importer of the cooking oil after China and India and according to estimates Pakistan imports 2.6 million tons of edible oil every year and this oil is imported from Malaysia, Indonesia Brazil and North America. So far Pakistan has invested about 50 billion dollars in edible industry including oil conservation and oil treatment industries. About 75% of need is met with the help of imported crude and refined oil, rest 23- 24% is locally produced from Banola and Mustard etc. if Pakistan focus more towards sunflower production then this budget can be saved and high-quality oil can be produced locally. In addition to this people will get earning here and more chances of prosperity are there. For this Govt should do some ameliorations in its policies. Farmers should be provided with quality seeds and support price so that they may focus on cultivation of sunflower and be aware of its importance. In addition to this marginal land which lie useless should be brought under cultivation so that waste land may also be used.

At present some research stations are working on oilseeds betterment including AARI (Faisalabad), PARC and NARC(Islamabad) and condition is somewhat improving. Some very important varieties NK-S-278(Syngenta Pakistan), Hysun-33,39(ICI Pakistan) in addition to these some very important Hybrids have developed including Benazir and Cheetah (4 Brothers Pakistan) and PARSUN-2 and PARSUN-3 are developed by PARC(Islamabad). Although Pakistan is low in progress in oilseeds but the development is going on continuously and research is being conducted, Breeding departments are continuously working to improve the scenario. Only need is to develop good policies and act upon them to make country’s way towards progress. 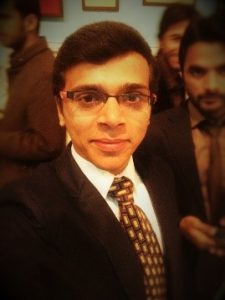