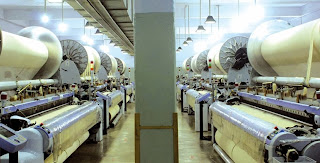 Trading Corporation of Pakistan (TCP) has withheld sugar procurement payment of four mills that were using delaying tactics for release of already procured stocks. Sources told Business Recorder on Tuesday that so far the TCP has released payments of over 80,000 tons of sugar procured from domestic sugar mills in August this year, it has withheld/delayed the payment of some 19,195 tons sugar supplied by four domestic mills.

Reportedly, these mills have been accused for delay of release of sugar stocks, procured by the state run grain trader earlier this year. In June this year, on the request of Pakistan Sugar Mills Association (PSMA), Economic Co-ordination Committee (ECC) asked the TCP to procure some 0.1 million tons of sugar from domestic mills to enable them to pay the dues of sugar cane growers. For the last two years, the mills are facing some financial difficulties due to bumper sugar cane crop and decline in commodity price in the domestic market.

Under this procurement campaign, so far the TCP has made a payment of Rs 3.75 billion to some 35 mills against procurement of 80,175 tons of sugar. However, payments of some four mills amounting Rs 917 million have been delayed/withheld by the state run grain trader due to slow release of commodity stocks earlier sold to the TCP.

Generally procured sugar stored in the godowns of the mills Utility Stores Corporation (USC) directly lifts the commodity from mills after getting a Delivery Order (DO) from the TCP. “Some mills were using delaying tactics and releasing stocks less than DO issue by the TCP. Therefore to ensure complete supply of procured stock TCP has withheld the payment of some four mills as against 19,195 tons of sugar”, they added. Sources said that all other payments have been made by the TCP after getting PSQCA test report, staff surveyor report, stock inspection report and handing over taking over certificate, which are necessary for full and final payment.

As the reports were received, the TCP made payments to mills and take charge of sugar, which will remain in the sugar mills” godowns under the supervision of “Muqadam”, appointed by the TCP. It may be mentioned here that last year, followed by a bumper sugar cane crop of over 55 million tons, the country followed by record sugar production of some 4.2 million tons as against local consumption of about 3.6 million tons annually.