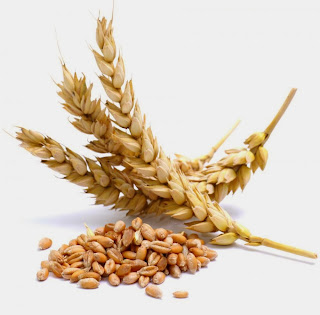 Rising wheat prices in the world market and higher exchange rate have forced Pakistani traders to stop wheat import. “The import of wheat is no more feasible for the private sector as its prices have surged to $330 per ton which will cost imported commodity higher than those of domestic market,” traders said.

Wheat prices have witnessed an increase of $30-35 per ton in the international market during the last two months ahead of growing demand. Presently, the commodity is being traded at $325-330 per ton up from $280-285 per ton. In addition, for the last few months, the Pak rupee has continued to depreciate against the dollar and presently it stands at 107 to the greenback. The rising prices of wheat in world market and higher exchange rate have directly hit the import of wheat.

In August this year, Pakistani traders and millers started import of wheat from the world market aimed to avoid any food crisis in the local market as the country”s wheat production was lower than estimates. At that time, traders finalised deals for the import of some 0.5 million ton wheat as the world prices were on lower side.

Several wheat consignments, under these deals, have already arrived, while some of shipments are in process and likely to reach this month. The import of wheat by the private sector has supported the domestic commodity market and averted the shortage.

However, after rising prices trend in the world marker, the traders have decided not to place more wheat import orders for domestic consumption.

“Wheat import is not feasible at the rate of $330 pet ton, therefore traders have decided to stop import as landed cost of wheat, at this price, will higher than that of domestic commodity,” importers said.

When the import of wheat was started, the government of Punjab asked the Federal Board of Revenue (FBR) for exemption of five percent income tax, imposed on the wheat import, however, the FBR refused to wave the tax. Income tax is also a major hurdle to the import of wheat for domestic consumption, they said.

Importers said that presently, the domestic commodity market is almost stabled and there is not threat of shortage in the domestic market, however, there is need to import some 0.2-0.3 million tons of wheat to create buffer stocks.

Pakistani traders and millers are in contact with foreign buyers and closely monitoring the world wheat market. “Wheat import may resume if prices come down to previous level or if the government announces any exemption of income tax on its import,” they added. The higher import price and depreciation of Pak rupee have also forced the traders to increase the price of the imported commodity and for the last two months, its price has risen by Rs 125 per 100-kilogram bag. With this increase, imported commodity is being sold at Rs 3,450 per 100-kg bag.

It may be mentioned here that the country had missed its wheat production target by 3-4 percent this year and it has produced about 23.2 million tons of wheat during 2013 as against target of 25 million tons set by the federal government. The shortfall was resulted in higher commodity and wheat grain prices reached Rs 3,560 per 100-kilogram bag up from Rs 2,800 per bag in local market.