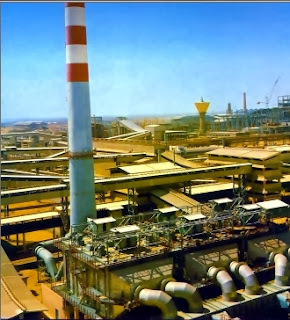 Pakistan Steel Mills (PSM) has approached the federal government for the release of third instalment worth Rs 700 million for payment of August 2013 salaries and other critical liabilities, official sources told Business Recorder. The Economic Co-ordination Committee (ECC) of the Cabinet, headed by Finance Minister, Senator Ishaq Dar, in its meeting on September 7, 2013 had approved a package of Rs 2.9 billion for the ailing PSM, of which Rs 2.2 billion (Rs 1.5 billion on September 23 and Rs 700 million on October 30, 2013 have already been paid to clear the employees” salaries for the months of June and July 2013).

“We have approached the federal government for the release of the remaining Rs 700 million due in November,” the sources added. The ECC had also constituted a committee comprising Minister for Industries and Production, Ghulam Murtaza Jatoi and Chairman Board of Investment (BoI) to explore the options of finding a strategic partner with a minority stake and reasonability for running the management of the entity.

Ministry of Industries and Production, on November 6, 2013 informed the ECC that negotiations with potential partners are underway. However, the Ministry did not disclose the names of proposed potential partners. PSM”s financial woes and future line of action were recently discussed by a revamped Board of Directors (BoD) headed by the Secretary Industries and Production (MoI&P) on the recommendations of a three-member committee comprising Shah M. Saad Hussain, Asad Ali Khan and Engineer Abdul Jabbar Memon. However, the government representatives conveyed in clear terms that the government was not interested in running the entity, as it had already sunk Rs 100 billion due to corruption, mismanagement and political involvement.

The committee had suggested to the Board that a package of Rs 18. 6 billion should be approved to bring PSM out of financial crisis. The Board rejected it outrightly with the observation that the government was not in a mood to further waste national exchequer on a dead entity.

The Board directed the three-member committee to evolve the best mechanism regarding restructuring of PSM till privatisation along with a Voluntary Separation Scheme (VSS). The government has already given assurance to the international financial institutions such as IMF and the World Bank that it would get rid of all the loss-making entities very soon.

When contacted Chairman BoI, Muhammad Zubair, said at this stage he could say with certainty that no one was clearly identified to be a strategic partner for PSM. “We did identify and discuss the possibility of being strategic partner but it”s no more than that. We were just evaluating whether any institution would be interested in this project and I think there are few possibilities. However, we will have to go through the transparent process that will allow anyone to participate in the process and show real interest,” he added.