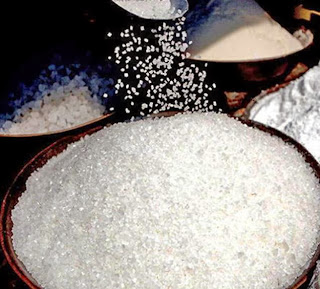 Will Economic Co-ordination Committee (ECC) of the Cabinet scheduled to meet on Wednesday (today) with Finance Minister Senator Ishaq Dar, approve procurement of old sugar stocks of 650,000 MT as per plan jointly tailored by the Ministry of Industries and Production (MoI&P) and a powerful sugar lobby, which is unwilling to start crushing due from November 1, 2013.

Well-informed sources told Business Recorder, the Ministry of Industries replaced its earlier summary of 150,000 MT with 650,000 MT with a view to appeasing sugar mills that are mostly owned by parliamentarians. Old sugar stock will be procured through Trading Corporation of Pakistan (TCP) apparently to supply sugar to the armed forces. The TCP has to pay Rs 100 billion to banks that it obtained for sugar procurement and urea import.

However, Ministry of Finance is resisting the controversial proposal, saying that maintenance of sugar reserves involves a huge carrying cost (the price of holding). An official summary available with Business Recorder reveals that as per ECC decision of November 30, 2007, TCP is required to keep 500,000 MT of sugar at any one time as strategic reserve stocks to keep the price stable in the market in case of any unforeseen situation. The National Sugar Policy 2009-10 emphasises that TCP used to maintain strategic reserves of 500,000 MT of white sugar at any one time and its modalities shall be reviewed periodically.

TCP however, is required to allocate a monthly quota of 50,000 MT sugar to Utility Store Corporation (USC) and also provide sugar to Canteen Stores Department (CSD), Pakistan Navy, Pakistan Army and any other government entities on the directions of the government from time to time. For this purpose, TCP maintains strategic reserves of sugar and is continuously engaged in the procurement of sugar from local sugar mills. It also imports sugar from international market as per requirements on the directions of ECC of the Cabinet.

Presently, TCP has 31,091 MT of sugar in its stocks from where a quantity of 24,668 MT of sugar is being allocated to USC for October, 2013, leaving behind a balance of 6423 MT of sugar with TCP in October 2013. The procurement of 100,000 MT sugar is under process which will be utilised for regular quota of USC during November/December 2013. Meanwhile, Pakistan Army has also placed a requisition for 12,400 MT of sugar for their utilisation during 2013-14 for which TCP has no reserve stocks.

On the other hand, domestic sugar mills have a sugar stock of 1,828,613 MT which is sufficient till March 2013 at a consumption rate of 390,000 MT per month whereas new sugar stocks will start arriving by the first week of December for session 2013-14. MoI&P is of the view that based on facts and figures, TCP requires 150,000 MT of sugar for allocation to USC against its quota for January/ February 2014 and to meet the requirements of Pakistan Army, Navy, and CSD as well. For this purpose, procurement needs to commence in the first week of November 2013, as procurement cycle takes about 50 to 60 days, inclusive of the time for re-sampling for completion of codal formalities and taking possession of stocks after making payment to sugar mills.