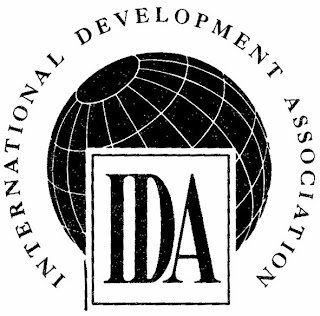 International Development Association (IDA) is considering providing $173.90 million for Sindh Irrigated Agriculture Productivity Enhancement Project to improve irrigation efficiency leading to improved agricultural productivity in Sindh. According to official sources, this project will be completed during next six years with the total cost of $237 million, while remaining cost $63.10 million would bear Pakistan Government.

The objective will be achieved through: improved command area water delivery mechanism; improved field irrigation and agronomic practices, and increase in crop diversification, sources mentioned. During the first phase, project will cover improvement of watercourses, which constitutes the tertiary level water distribution system where water losses are highest.

In Sindh, there are 46,699 watercourses, out of which 28,856 have been improved. Of the remaining 17,843, about 6,000 will be improved through the provision of lining (corresponding to 30 per cent of all watercourses). Lining of water courses in general and in Sindh in particular has three advantages: (1) it decreases conveyance losses and prevents seepage to groundwater aquifers; (2) it helps to deliver water faster to the farmers’ fields, so they can take advantage of the full duration of an irrigation cycle under the wara-bundi system; and (3) it ensures equity in water distribution, sources mentioned.

Activities under this new project will include development of selection criteria, farmer mobilisation, establishment of Water Course Associations (WCAs) and their registration, survey and design, and construction. The activities will be undertaken by the field teams under the DGAWM based in all districts. The project will offer guidance on employing variety of lining materials, to be selected by the farmers. Construction will be administered by the farmers as well, and supervised by design and supervision consultants who would also facilitate farmers in efficient and economic sourcing of the material. As indicated above, this activity is well tested and has been successfully implemented throughout Pakistan and in Sindh under the ongoing project.

A team of consultants will be reporting on the impact of the activity, and perform environmental and social audit under this component. During the two successive 2010 and 2011 floods, farmers in many areas of Sindh experienced flooding followed by long periods during which standing, stagnating water destroyed crops, irrigation systems, food and seed stock, livestock, and homesteads.

According to World Bank report, the direct and indirect losses to the agriculture sector was estimated to be over $300 million in 2011, and over $400 million in 2010 with reconstruction costs of much higher magnitude. These floods have disproportionately affected the very poor, small farmers and landless in rural Sindh, as the loss of livelihood was much greater given their limited assets. Poor communities, especially those who could not afford to improve their homestead on their own in these areas, have been requesting flood/raised shelters to avoid total loss of livelihood in the event of another disaster. To extend the benefits of the project to the rural poor, this project will provide support for socially and culturally appropriate community flood shelters/centers to be built in areas subject to frequent flooding and on an on-demand basis with

Communities, public sector providing the land to facilitate construction, WB report said. Furthermore, official sources mentioned that under the project about 70 shelters in seven vulnerable districts will be built. These facilities will provide shelters to the communities during floods, where they can also store their seed grain, food stock, and livestock.

These shelters are especially important for the landless and the very poor, particularly women, children, elderly and disabled among them, where their life savings include the animals they own and food stock they consume. Because mostly there are no large planned villages in rural Sindh as people mostly live in small or scattered settlements, these shelters will also be used for community activities where the population can exchange ideas on farming, animal husbandry, health, nutrition, and education – and where women can share their many talents in crafts for which Sindh is famous.

As such, it is envisaged that these centres will change the current social dynamics in the rural areas and improve social cohesion, which is urgently needed. Strong community participation and willingness to contribute in kind with strict norms will be used for wider community participation. Common village lands, government owned lands or lands donated by beneficiary communities will be used for construction of these shelters.

Other options including public sector involvement in the use and maintenance of these facilities are being explored. Links are being built with Unicef mother and child program, the World Bank financed nutrition and education projects and others to utilise these facilities for promotion of women’s interests and to prevent potential capturing of these facilities by powerful land lords in these areas, WB report disclosed. WB report stated that Water Course Associations will also be encouraged to use these shelters as their meeting points/small offices.