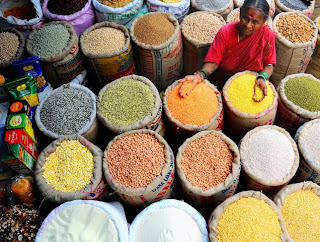 DCO Noorul Amin Mengal ordered the Assistant Commissioners to check the Cold Storages in the district and compile their data and stock for taking action against the hoarders of essential commodities to save the poor masses from the exploitation of unscrupulous elements who stocked the items of daily use with the bad intention of creating shortage in the market and sale them on higher prices.

He was presiding over District Price Control Committee meeting which was attended by officers of different departments and representatives of grain, vegetables, fruits markets and whole and retail sellers. The DCO said that the CM Punjab Muhammad Shahbaz Sharif issued strict directions to take stern action against the profiteers and directed to control the prices of essential commodities under new price control mechanism.

He asked the traders and shopkeepers to avoid unjustified profit and to extend co-operation to supply essential commodities to the consumers on controlled prices. He directed the officials to supervise the auction proceedings in the fruits and vegetables markets on daily basis for controlling the unfair raising prices of the communities. He directed the Price Control Magistrates to realise their duties in checking of the prices and masses could feel relief from their affective efforts. He wanted that lethargic attitude and carelessness of the duty officers would not be tolerated and their performance would be monitored through the intelligence agencies. DCO directed that the electronic price boards in Urdu language should immediately be installed on the important city intersections to keep the public aware of prices of daily used items. He directed to organise green channel system to provide the fruits and vegetables to the consumers on cheaper rates by eliminating the middlemen. The DCO urged upon holding of Itwar and Jumma Bazars in the district in organised manner for the relief of consumers. He directed that daily performance report regarding the price checking should be communicated to him. Expressing his grave concern over the complaints of adulteration in edibles, he warned the Food Inspectors to mend their ways and to gear up their efforts for eradicating the menace of adulteration in the society. He directed the District Food Controller to get the prices of Flour printed on the bags in bold digits and quality of flour be checked regularly. He announced of holding weekly price control meeting in order to check the performance of the Price Control Magistrates and Market Committee.

Later, DCO Noorul Amin Mengal inspected the ongoing project of canal road widening and directed the FDA officers to clear the all obstacles and irritants to complete this project without further delay. He also took a round of the city and observed the green belts beautification. He also held meeting with the MD PHA and directed him to develop the green belts in the city under a beautiful theme for which services of the students of horticulture department of University of Agriculture be taken for arranging green belts with scientific manner to enhance the beauty of the city.