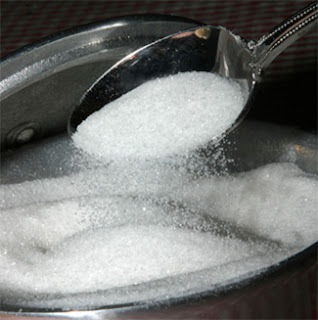 Sugar sector players have reportedly made the Economic Co-ordination Committee (ECC) of the Cabinet hostage to get decisions in their favour by setting aside recommendations and observations of the concerned Ministries. Official documents and well-informed sources revealed that sugar mill owners are using the clout of Finance Minister, Senator Ishaq Dar-chairman of the ECC for preparation of summaries on a war-footing.

The influence of PSMA can be gauged from the fact that the Association wrote a letter to the Finance Minister on October 29, 2013 on the basis of which Commerce Ministry prepared a summary within a few days. Commerce Ministry”s summary, however, indicates that Minister of State for Commerce, Engineer Khurram Dastgir has not been taken on board regarding sugar export summary or he might have refused to become a part of any such proposal in writing. Dastgir always opposed such wheeling- dealing as Chairman National Assembly”s Standing Committee on Commerce.

According to the existing procedure, every Ministry writes at the bottom of the summary that “Minister has seen and approved the summary for submission to the Cabinet or the ECC”. Probably Minister of State for Commerce gave his views in the ECC meeting during discussion on this issue, but he was not available to this scribe for comments.

This time PSMA also criticised State Bank of Pakistan (SBP) for allegedly employing delaying tactics in the approval of sugar export cases. These accusations, however, have been denied by the central bank in clear words. Official documents disclosed that ECC considered a summary of Ministry of Commerce and Textile Industry dated September 6, 2013 on “export of sugar” and allowed the mills to export a total 0.5 million MT of sugar, of which 250,000 MT was allowed to be exported with immediate effect up to October 31, 2013 and the remaining 250,000 MT from November 1, 2013 onward.

Pakistan Sugar Mills Association (PSMA) wrote a letter to the Finance Minister, Ishaq Dar on October 29, 2013 and put forward the following demands; (i) sugar mills may be allowed to export 0.5 million tons of sugar in addition to already allowed exports of 0.5 million MT, claiming that crop for the season 2013-14 is expected to be on the higher side and Pakistan may produce more than five million tons of sugar in fiscal year 2013-14 with a carry-forward stock of more than 1.1 million MT. This may create a glut of sugar in the domestic market and would severely affect the sugar industry and the growers; (ii) a decision regarding crushing seasons may be reviewed as it falls under the Sugar Factor Control Act, which is a provincial subject; and (iii) due to a late decision and clearance by the State Bank of Pakistan (SBP), PSMA could not export the desired quantity of 0.25 million MT by the deadline of October 31, 2013; therefore, the desired period for the leftover quantity of about 0.2 million MT may be extended till December 31, 2013.

According to the summary, Commerce Ministry proposed that since the assessment of sugar stocks in the country is the responsibility of the Ministry of Industries and Production, their views have been solicited regarding PSMA”s proposal for export of additional 0.5 million MT.

As regards the other two demands made by PSMA, Commerce Ministry submitted following proposals to the ECC for consideration; (i) the period of the export of the leftover quantity of about 0.2 million MT of sugar may be extended till December 31, 2013; (ii) the starting dates of crushing season as agreed by PSMA”s representatives in the ECC”s meeting held on September 7, 2013 were November 1, 2013 for Sindh and November 15, 2013 for Punjab. However, keeping in view the date given for the start of crushing in Sindh has already lapsed; hence, it is proposed that the new dates for crushing may be fixed as November 15, 2013 for Sindh and November 20, 2013 for Punjab; and (iii) Ministry of Industries and Production may obtain a report from Provincial Cane Commissioners as to whether the outstanding arrears, including Rs 1.7 billion reported by PSMA representatives to the ECC”s meeting on September 7, 2013, have been paid to growers.

The documents further revealed that views and comments of Ministry of Industries and Production and SPB were obtained on the summary prepared in line with the demands of sugar mill owners. MoI&P supported the proposals of Commerce Ministry with the exception that the new dates for starting of crushing season may be fixed as November 20, 2013 for Sindh and November 25, 2013 for Punjab because of Ashura vacations, whereas SBP has refuted the accusations of PSMA regarding delaying tactics.

“SBP has been facilitating the export of sugar in a very professional and proactive manner. Related operational issues were immediately brought into the notice of MoC and a draft circular letter has been sent to the MoC, MoI&P and MoF for their requisite vetting. SBP issued the circular immediately on the same day, after clearance from the stakeholders,” said Zaheer Ahmad, a Deputy Director of SBP, Karachi.

SBP, which has been accused of using delaying tactics, informed the government that the Bank has taken into account lesser interest of sugar mills in applying for export of sugar. “Since September, 2013 we have been approving the applications on the date of receipt or within 24 hours but quantity of 41,513,956 MT is still available with us, which can be verified from the website of the Bank,” Ahmad added.

Further as per FBR reports, a total quantity of 27,239 MT sugar has been shipped till October 31, 2013 against an approved quantity of 8,486,044 MT of sugar which indicates that only 32 per cent approved quantity has been shipped. SBP further stated that 91 applications involving 88,000 MT sugar pending due to non-availability of quota, were returned to the bank/s sugar mills for resubmission along with the documents required under the latest decision of ECC dated September 7, 2013. The currently received applications are mostly those which have been resubmitted in line with the ECC requirements and approved accordingly by SBP.

An official statement issued by the Finance Ministry after the ECC meeting says: “ECC decided for sugar mills that the new dates of crushing season for sugar mills in Sindh would be November 20th, 2013 and 25thNovember 2013 in Punjab with the condition that sugar mills would start procurement of the sugar cane from farmers from these dates. The ECC had earlier decided that the crushing season would begin from November 1, 2013 for Sindh and November 15 for Punjab. The extension is being given in view of Ashura,” it noted.

The official decision indicates both the Commerce Ministry and Industries Ministry have been bypassed by the ECC in accepting the demand of sugar mills owners. The ECC also extended the date for export of 0.5 million tons of sugar allowed by it till December 31, 2013. However, the ECC reiterated that no further extension would be given on this account, the official press release added.